Chartering in the Greek Islands 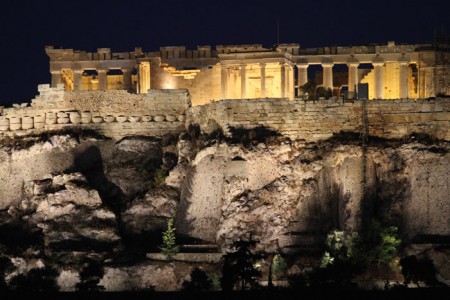 I finally have had the time to download some of the pictures (gallery I and gallery II)from the our two week sailing in the Greek islands in the Cyclades. We picked up a Beneteau 50.5 in Lavrion, the Moorings base south of Athens.  The first week we were on the boat we were hit by the extremely forceful Meltemi winds. These northerly blows can get up to 25 to 30 knots for weeks at a time and luckily we were going South initially. Several days were quite rough, especially after we made the turn after Sifnos on the way to Paros and Naxos. Overall the weather was comfortable and we were able to do a lot of sailing. The islands we visited were beautiful and fascinating. After dropping off the boat, we stayed in Athens for several nights before flying back to the UK.

This entry was posted in Chartering, Photography, Traveling. Bookmark the permalink.